I was trying to put up a picture this morning and the pounding nail caused my manager to knock on my door and ask if I needed help (he could hear me from downstairs). I immediately got nervous (thinking he was covertly telling me to be more quiet), so I smiled and declined. Then I got angry at myself, regardless of the reasons-he was offering to help so I called him and asked if he could help after all. He came to the door with a tray of nails and a hammer and proceeded to put up all my small pictures. I noticed the discomfort I felt, and I am sure he did too. It was awkward.
After he left, I remembered that I have three larger ones in storage downstairs, so I decided to get past my judgement and called to see if he could help with these as well.
He said he would do this a little later, and asked if I was home. I told him I  was, and he said he’d be right over. He came to the door with a small box of  chocolates, & a Christmas card. As he left, he turned back and said ‘I will be over later to help you with the pictures’.
So I am happy I spoke up. I think I may have had reason to be cautious, but I also understand I was doing us both a disservice by assuming. At any rate, this doesn’t mean everything will always be rainbows and chocolates.  What it does mean, to me at least is that one sometimes needs to get past preconceived notions. In order to move on. 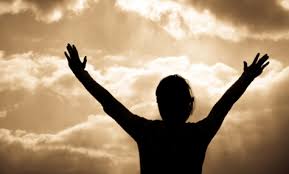