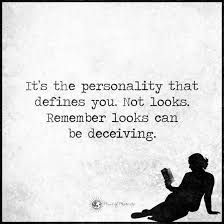 I took a Lyft to Shining Lotus this morning. I do this every Friday and one Sunday a month. Today was my Sunday to be there. I ordinarily love taking Lyft. It is fast, relatively reasonable and I usually have great conversations with my driver. Last Friday was different. The driver was non communicative, responding to my attempts at conversation with monosyllable replies. I didn’t expect him to be overly friendly, but he was almost rude.  I got out of the Lyft feeling sad. Probably my problem, but I felt bad. The only saving grace of the ride was the great Country music playing on his car radio.

Well, when I saw the name of my scheduled driver for this morning’s pickup, my heart sank;  It was the same person who had picked me up and driven me to Shining Lotus last Friday. The noncommunicative one.

I momentarily considered cancelling my ride, but didn’t. I was running late and needed to get there on time. However, in all the years I have taken Lyft, I have never had the same driver twice in the same week. What were the chances this would happen twice in one week? When the driver picked me up, I greeted him, commenting that I believed he’d also picked me up on Friday.   As we drove, I got a distinct feeling he wanted to chat, so I decided to bite the bullet and try again.  I commented on the weather and asked how his day was going.

He responded and we began chatting. He apologized for his English; explaining that when he moved to the states from Pakistan, he and his wife had both been given the opportunity to learn English. She had done so and gone on to get a good job. He, on the other hand, had been unable to do this because he had to get to work to support his wife and kids. He said that he had also lived in LA and New York, but that Colorado was his favorite; because the mountains reminded him of his home in Pakistan. He was going to go to school in Miami next month to learn to be an OTR truck driver.

It was a really good conversation. And I learned something about first impressions.