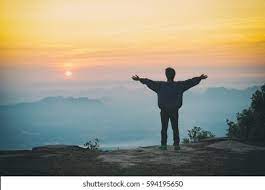 My sister, Meredith, was a huge animal lover. She loved dogs, and was, in fact, writing a book about them when she passed away from cancer. Around this time, I was scheduled to give a talk  about her, celebrating her courage and persistance.  When she died erlier than planned, I decided to give the talk anyway. The name of the talk was ‘Of Courage and Wisdom’. And I included a poem, ‘ Come to the Edge’, by Mick Rogers.   I loved this poem. I felt it represented my sister and the incredible courage and perseverance she showed, especially during her last days. I decided to include this poem in my talk

Six months later I was having a Dark Night of the Soul experience. I felt lost, hopeless, Things had just been building up to the point where almost everything I attempted was incredibly difficult. I was surviving…but just barely.  About this time, I was also working on a  book my sister had been writing when she died. The name of the book was ‘The Peepol Whisperer’. (Intentional misspell) I and it was about trying to raise your person as told by her dog, Hawkeye.   As I poured over her manuscript, feeling depressed and somewhat hopeless, I froze. There, in the middle of her manuscript  was the poem, ‘Come to the Edge’,    the same poem I had included in my talk about her, in order to celebrate her courage.  I really felt this was a message from my sister telling me to Jump, because when I did the net would be there.  So I came to the edge. ..and I flew. Much like she had.